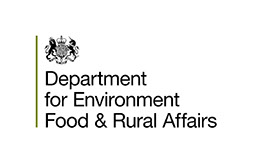 A successful close working relationship between Defra and UK livestock and livestock product exporters has existed since 2002.

Under its different guises the partnership has operated successfully sharing resources and responsibility for:

- prioritisation of certification activity.
- face-to-face meetings with veterinary authorities in priority countries.
- drafting export health certificates and all their associated paperwork.
- answering questionnaires from countries who require an import risk assessment be conducted before they accept the import of UK animal/animal products.
- organising and facilitating inward missions. These missions are sometimes part of inward risk assessments and sometimes are required to maintain ongoing access to certain export markets.
- briefing on negotiations to access export markets.

The success of the partnership approach led to introduction of the UK Export Certification Partnership (UKECP) launched on 28 October 2008.

A not for profit private company limited by guarantee, Export Certification Ltd (ECL), carries out the Industry functions of the UKECP partnership. ECL is funded by a wide range of companies and individuals from across the whole of the United Kingdom including

As well as these industry bodies UKECP also work closely with the following:

ECL currently has four directors representing the various sectors covered by the partnership: